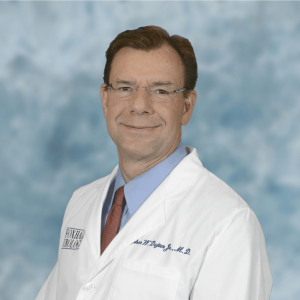 Dr. Dejter grew up in Bethesda, Maryland. In 1979 he received his Bachelors of Science in Biochemistry from the University of Maryland. He continued on at the University Of Maryland School Of Medicine and graduated in 1983.

Dr. Dejter did his postgraduate training at Georgetown University Hospital in 1983. He did two years of general surgery residency at Georgetown, followed by four years of Urology Residency, completing his training in 1989. During his residency he received two grants to conduct research project on Prostate Cancer and Flow Cytometry.

While Dr. Dejter received many awards and honors in medical school and residency, the most notable was The William C. Maxted, M.D. award in 1995. He was the first recipient of this prestigious award that is given for contributions to the Urologic Resident Education at Georgetown University Hospital.

In 1989, fresh out of Residency, Dr. Dejter joined Foxhall Urology. He served as the Chief of Urology at Sibley Memorial Hospital from 2005-2011. He is a Clinical Associate Professor of Surgery – Division of Urology at Georgetown University Hospital. He performs surgery and teaches Urology residents at both of these hospitals.

Dr. Dejter has been recognized as a Top Doc in Washingtonian Magazine since 1995. He has also been selected as Top Doctor by Checkbook Magazine and named in Best Docs in 2010-2014.

Dr. Dejter has published over 25 articles, many in peer reviewed medical journals. Professional memberships of Dr. Dejter’s include the American Association of Clinical Urologists, Washington Clinico-Pathologic Society, where he served as President in 2013, and the American Medical Association. He is also a Fellow with the American College of Surgeons.